Wii U Controllers? Guide to survival in a messy environment

You do not understand anything in the plethora of controllers and other controllers offered by Nintendo for the Wii U – even more numerous than on the Wii where it was already becoming complicated? Here is an attempt at clarification.

Of the three next-gen consoles, the Wii U is indeed the one that offers the widest choice of controllers. On the one hand, it leaves freedom of choice to the players, who can choose what they prefer (according to what the games allow).

But it also means more confusion, more risk of not having the right equipment to play this or that game, and overall a better chance of it getting a little expensive, these stories – especially if we start to wonder question of multiplayer – crucial for family video games. On PS3/PS4 and Xbox 360/One, it’s simple: you buy one controller per player, end of discussion. But on Wii U?

Wii U gamepad, Pro Wii U controller, Pro Wii controller, Classic Wii gamepad, Wiimote and Nunchuk, Gamecube controller and finally 3DS… Super Smash Bros. will be playable with all this. Other Wii U games are compatible with multiple controllers. It offers flexibility, of course, but you can get lost. Most current Wii U packs are sold without a controller, apart from the famous GamePad with its touch screen. What controllers should I buy to accompany the console and be able to play multiplayer?

Let’s first take a quick look at the different means of control offered.

The GamePad Wii U 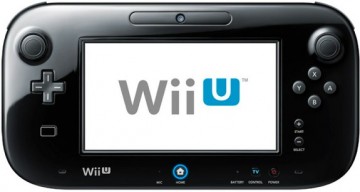 It’s a big controller, equipped with a touch screen, and some functions of a Wiimote for motion detection. It allows you to play most single-player games. In multiplayer, it can either be used like any other controller, or offer the player who uses it a different gameplay and therefore a distinct role from that of other players

Accused of having sealed the sales of the Wii U (by increasing its selling price), the GamePad arouses varied reactions. The main criticism made of it is actually related to the games rather than the equipment: too few games use the very particular gameplay that the GamePad allows.

Nintendo uses it more or less depending on the game: Mario Kart or Super Smash Bros. hardly use it, but future big releases like Splatoon or Captain Toad should use it.

Perfect for letting one child play Mario while another watches a movie!

The Wiimote Plus and the Nunchuk 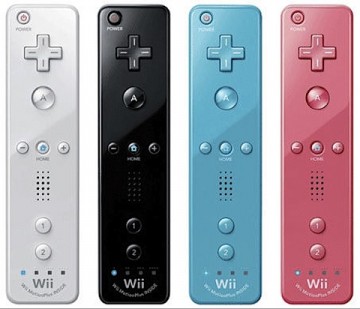 Wiimote Plus Vs. Wiimote: what’s the difference? Both versions of the Wiimote are interchangeable,

both are compatible with Wii and Wii U, and work with the same games. The difference is in the accuracy of motion detection, better with the Wiimote Plus. To simplify, I therefore speak in the following of Wiimote, period. 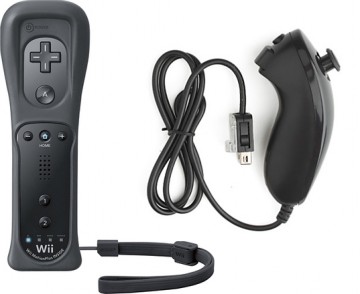 The Wiimote offers several possibilities of play. It detects the movements and the position of the player compared to the sensor posed close to the screen. Held horizontally with two hands, with the directional cross on the left and the 1 and 2 buttons on the right, it emulates a joypad. The other hand can then hold the Nunchuk, used by some games. The Nunchuk adds 2 buttons and an analog stick, absent from the Wiimote. The Nunchuk alone is unusable: it plugs into the Wiimote, which provides communication with the console.

Apart from the Wii U Basic + Wii Party U + Nintendoland pack, no Wii U pack contains a Wiimote ( Mario Kart 8 , Zelda , New Super Mario etc. packs only contain the Gamepad).

The Pro Wii U joystick

This is what comes closest to the controllers of the Playstation or the Xbox: a controller corresponding to current standards, quite imposing, with lots of buttons everywhere, two directional sticks and a cross.

But it is also, for players accustomed to classic controllers, the least disruptive and most effective controller for certain exclusive Nintendo games, such as Mario Kart, Super Smash Bros or Mario games. The GamePad can do everything a Pro Controller does, but is bigger and heavier, and drains faster.

Unlike the Pro Wii and Classic Wii controllers (see below), the Pro Wii U controller is a true standalone controller: there is no need to connect it to a Wiimote for it to work. 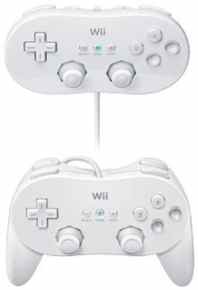 These two gamepads date from the Wii. The first is a kind of light version of the Pro Wii U controller: we find the 2 analog sticks, the buttons… On the other hand, it connects to a Wiimote, and does not work without it. In other words, owning a Classic Pro Wii controller does not give you an additional player option. The Classic Wii controller, on the other hand, is an old-fashioned controller, quite compact, with however 2 analogue sticks; it is particularly suitable for retro-gaming (via the Wii U virtual console), but also for current games. Like the Classic Pro, it connects to a Wiimote and does not work alone.

You can quickly switch to this controller, since on Wii U, only one game is compatible: Super Smash Bros. This requires an adapter (sold with the game or separately). The adapter allows you to connect 4 GameCube controllers to the console.

After a misunderstanding, Nintendo has officially clarified that this adapter and GameCube controllers will only work with Super Smash Bros. A bit of a shame since these controllers are quite close (in number of buttons) to the Pro and Classic Pro controllers, so we don’t really see what would be a problem for using them in Mario Kart or other games.

All this is all the more surprising since Nintendo has relaunched the manufacture of GameCube controllers, 7 years after the end of production of the GameCube, and in particular with very nice Mario or Yoshi editions… All that for a single and unique game (including it will sell entire pallets, that’s obvious, but all the same…).

In some games, the Wii U exploits the connectivity of the 3DS, and allows it to be used as an additional controller. This is the case in Super Smash Bros. However, this is still quite rare at the moment.

How many controllers for how many players?

. But this may vary depending on the game, some not supporting Pro controllers, others not working with Wiimotes without Nunchuk.

Advice on the combination of controllers according to your game projects

What about unofficial Wii and Wii U controllers? 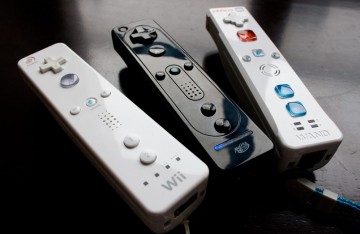 Many manufacturers sell Wiimotes, Nunchuks and other unofficial Wii U controllers. The cost price is much lower (from 2 to 10 times cheaper), but the quality is obviously not the same. Users generally report being happy with the hardware for its price, but report occasional console compatibility/recognition issues, buttons that are sometimes less comfortable to use, etc.

This option can be interesting for very occasional use of the console, or tight budgets, or the need for a lot of equipment to play many different types of games with a lot of people.

The quality depends on the manufacturers, so the only advice we can give is to read the opinions, for example on Amazon, on the copy offered by this or that manufacturer, before buying.

How many controllers for main games?

To find out the compatibility of each game with the different controllers, you can refer to the back of the game box, where pictograms represent the compatible controllers. Or, more simply, the game’s presentation page on the official Nintendo website , where these informative icons can also be found.

Here. Not sure it’s much easier to make choices, because it’s the situation itself that’s problematic: Wii U games don’t all work with all available controllers, so no combination (except owning everything in 4 copies …) will only allow all games to be played with their maximum number of players.

This is the limit of this overly diversified ecosystem that Nintendo has set up: paradoxically, while Nintendo is supposed to be in the niche of video games for everyone, its system is the most complex to understand because of the variety offered.

[RANKING] The 10 countries with the most MLM presence in 2022

Everything you need to know about track day car insurance

The anime premieres of the fall 2022 season • ENTER.CO

Full moon of October 2022: love ritual to use the energy of the hunter’s moon

Everything you need to know about track day car insurance

The anime premieres of the fall 2022 season • ENTER.CO